The secret fear of most smokers is that they will never stop smoking. That they will fail, like they did before and that quitting is a hopeless pointless exercise in unhappiness.

The vast majority of ex-smokers, if not all of them, will tell you that not smoking is fine, perfectly possible and not a big deal. They may have struggled a bit in the early weeks but they came through and got it sorted. The non-smoker will brush off the any talk of problems and difficulty and simply enjoy their new found non smoking status. The smoker however cannot see though the haze of negative thoughts created by the addiction and cannot hear the simple and positive message spread by those who have kicked the habit.

The smoker is in one world and ex-smokers are in another separated by a thin wall of addictive thoughts. The struggle and pain of stopping smoking is far greater on the smoking side of the wall than on the other side. Talk to an ex-smoker and they will tell you this. For them it was all worth it and a good thing that they stopped. Meanwhile the smoker only hears how impossible and awful it is to quit and one day, maybe never, they might have another go at quitting.

So the worry and fear that you feel about stopping smoking is all part of the problem. It is not the reality of being a non-smoker, it is part of the territory of being a smoker.

It is this mindset, along with a host of other destructive mindsets, that a stop smoking therapist will deal with. Pointing the mind towards the future of a life without cigarettes and believing it will be fine and easy and one of the best things and simplest you have done. It is almost like bursting the bubble created by that smokey haze if that works as a metaphor!

Finding Help Ltd is ranked Number One  in the UK for Stopping Smoking on the feedback review site Free Index.

Therapists are starting to get calls from smokers who thought that vaping would sort them out, the magic bullet but now vapers are getting fed up with it and want to quit. It might be the fumes or the money or simply that there comes a time to stop, to put all that stuff behind you.

Although switching from  normal cigarettes to electronic  cigarettes is clearly a no brainer there are still the downsides of keeping the addiction going. Pleasure is one thing but addiction is another, surely?

As a therapist who has been dealing with clients and their addictions for the last 15 years, the question often arises. What do you want to do?

And for some it is  to quit smoking, call it vaping, call it what you like but do you want to keep the addiction going?

Trump Anxiety is sweeping the nation.

Here is my piece just out in the Huffington Post.

Try this article, on the psychology of telling someone to stop smoking.

Sometimes we look back on life with regret, but the day I managed to persuade my son to smoke is a day I will always cherish. A day where I really made a difference in another person’s life.

I have always been immensely proud of my son and watching him grow up has been a source of continual happiness for me. From a very young age he showed great academic ability combined with a charming out-going nature. Despite all his natural flair and ebullience however, I harboured a deep sense of foreboding. How would he get through life without becoming a smoker?

With a growing sense of horror he failed to start smoking at 12 or even 13. Subtle questioning and hints after school revealed his total unawareness of smoking, the poor thing hadn’t even tried one!  As time went by I became more convinced that the responsibility lay with me, that one day I would need to have that ‘little chat’ that would mean so much. That it would fall to me to bring him into adulthood, to teach him about smoking.

At the age of 15 my son had still not smoked. He was doing very well at school but his healthy cheery disposition sent shudders through me as it became more and more obvious that he was attempting to become an adult without the use of smoking. Little did he know of the pressures of adult life and the way smoking would enhance nearly every aspect of his working and private life. The idea that my son was attempting to face life as a non smoker filled me with sadness and almost despair.

So on that fateful day I sat my son down and began that discussion that I had rehearsed so many times in my head. I carefully outlined the dangers of life without smoking. How smoking would help him relax, enjoy food and drink, concentrate, give him time to think, increase his creativity, give him a sense of himself as an independent person dealing with life’s issues. I proceeded carefully as not to alarm him, so as not to hint that if he carried on as he was, he was heading for second best, even disaster. As James Joyce put it , “to be an outcast from life’s feast”.

At first my son put up a struggle due to the cultural brainwashing received in his early years from school and from so called ‘genetic disposition’. He tried to argue that he already had all the things that smoking could give him, that he was naturally happy and comfortable without smoking. I held back from giving a knowing smile, the innocence of youth! But I patiently rebutted him and, though holding back great emotion insisted. But you could be so much more if you smoked!

I left my son to think it over leaving him a packet on the arm of the sofa.

The early signs were not good. My son would report that he had tried one but found it pretty disgusting. But I persevered and encouraged him. Most days as he came in from school I would ask in an off-hand way if he had smoked today. It was those days of gentle but firm enquiry and persistence which I am most proud of.  And fairly soon came my prize.

I remember that day so clearly. He walked into the kitchen, it was a Friday evening in October and said with a beaming smile, “Dad, I really want to smoke now”. Words could not describe my feelings of pride at that moment. He continued ” I found it difficult to smoke at first but now I really need one. In fact I need one more than ever now.” He beamed. My wife burst into tears.

Smokers get a lot of criticism for not doing enough in the community. When did you last hear of a smoker give an inspiring “start smoking” talk at a school or college. Sometimes the real work is done at home with people you love, quietly and carefully.

The fact that I had acted on my principles, made an effort and actually made a difference in an another person’s life will always give me a deep sense of satisfaction.

And to cap it all, I did all this for my own son. 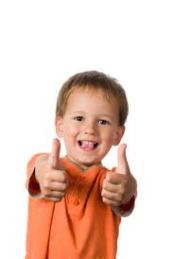 More on the value of smoking

The NHS is running a big campaign called Stoptober which provides support throughout October for people trying to quit.

If you need a little extra one to one help and support how about coming in for a session in Harley St?  I am offering a 15% reduction in the price of the session throughout October, which comes with 3 months backup giving you unlimited sessions in the first 3 months…if you need them. Only one in five clients need more than one session.

Remember that millions of people have quit smoking and have never looked back.

Look forward to the first few days of discomfort. See those days as the cleansing process similar to getting hot and sweaty in the gym.

Make sure you know that smoking has no value to you in your life. All smoking does is to set up the next cigarette. It does not give you anything, it does not help, it is a self serving addiction.

Total and complete abstinence is the only way. Decide that you are never going to smoke again. Do not tease yourself that ‘just one’ is possible or an option even after a year. You are now an ex-smoker and you do not smoke.

The new study into  e cigarettes discussed here in the Guardian by Luisa Dillner compares the effect of using e cigarettes to using nicotine patches in stopping smoking.

Both e cigarettes and patches give the smoker a low chance of stopping smoking.

I suggest that because nicotine is a highly addictive drug then putting more of that drug into your body is not the best way to try to ‘kick the habit’.

Abstinence is a concept that is shied away from for obvious reasons. It puts the therapist and the client in a  more confrontational position whereas ‘cutting down’ is a more softly softly approach. Who wants to look the client in the eye and say..this is it…you will never smoke again. Not wanting to upset the client or put them under pressure can be seen as important in order to keep the client within the program..don’t rock the boat.

The alternative to complete abstinence is the drawing out of a painful process where the drug is drip fed into the system creating even more ‘need’ than before as the client is spending longer periods in withdrawal.

It is no surprise that patches and e cigarettes are not very helpful to stop smoking.